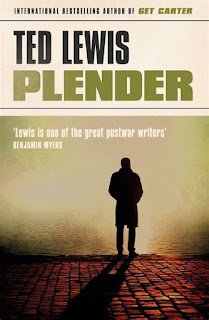 I loved Ted Lewis's GBH, and obviously love the movie of his Get Carter, but Plender not so much.  It is very much in the style of GBH, alternating chapters allowing first person narrative from each of the main characters, and set in Humberside when such a county existed in the late Seventies - but it is nowhere near as dark and nowhere near dark enough.

The plot hinges on a couple of coincidences, which is never a good place to start.  It is of course conceivable that two schoolfellows from the Lincolnshire side might meet up again twenty years later in Hull.  It is by no means beyond the realm of possibility that one (Plender) might have become a dodgy private investigator, the other (Knott) a photographer for mail order catalogues.  But that they should meet in a transvestite bar, when neither of them is a cross-dresser, on the very night that one of them accidentally brings about the death of a young woman ... well, that's stretching credibility a bit too far.

The final coincidence I didn't see coming and it rather took me by surprise when it did.  It is no more believable than the others but it allowed the story to spiral into darkness at last.  As such, I wish it had done so a lot sooner.  All in all, I'm afraid it reminded me of not-very-good TV drama of the period - A Bouquet of Barbed Wire, and the like. 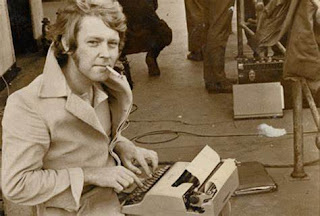