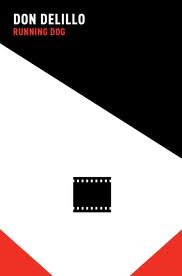 DeLillo deploys a number of principal characters, all of whom pay a price for their involvement in the quest.  The second rank characters, corruptors all, pay no price whatsoever.  This is their world and in it they flourish.  Albeit Running Dog sounds like a polemic, the characterisation is so accomplished that the message never supplants the medium.

I've had a long but sporadic relationship with the novels of Don DeLillo.  I always enjoy them but never seem to seek them out.  This was the same.  I picked it up by chance and enjoyed it on every level.  I commend it to you.
Posted by rogerwood at 14:38