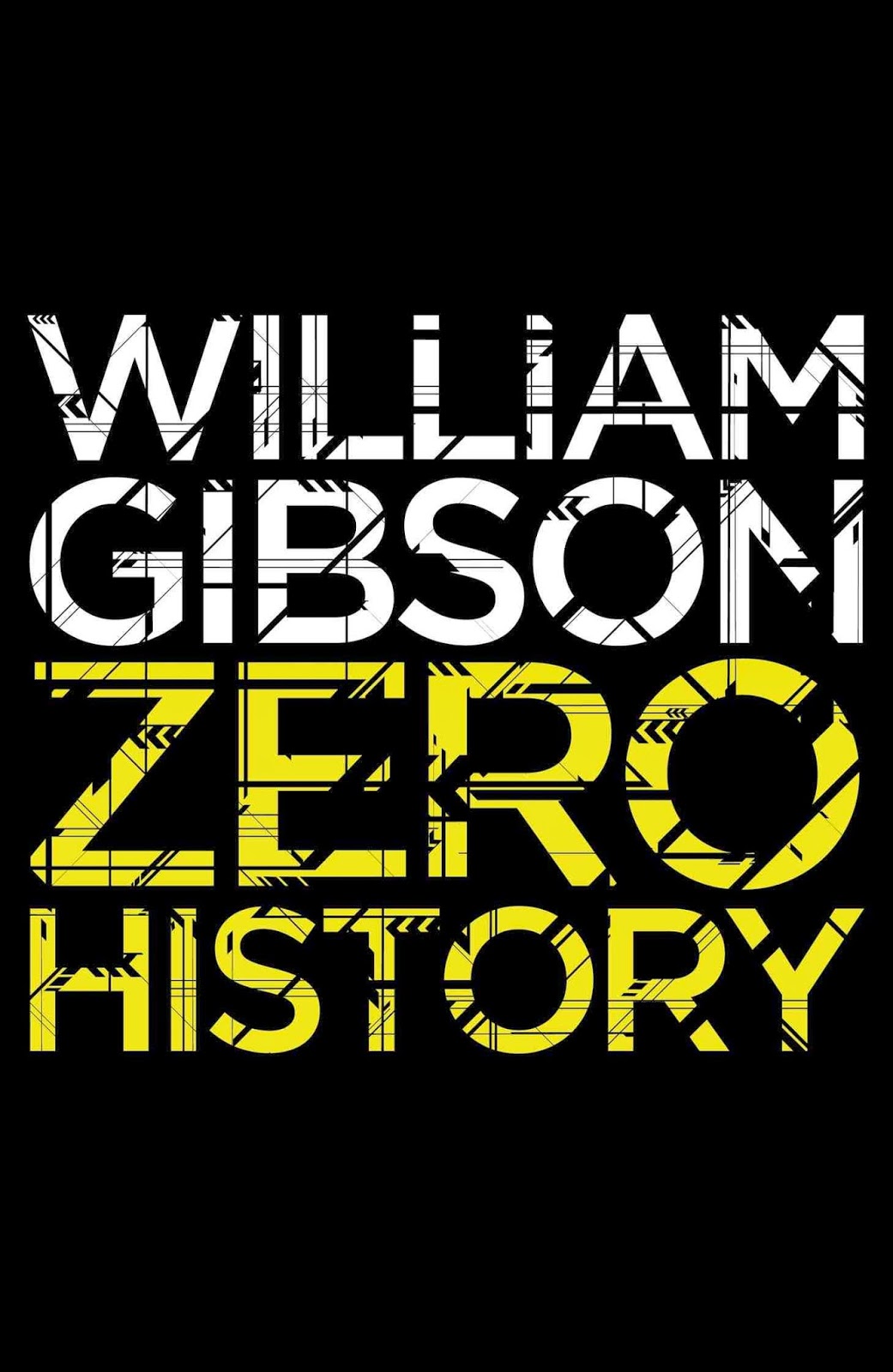 I say it so often, I'm probably making an idiot of myself: I DON'T LIKE SCIENCE FICTION!  I also don't like the exaggeratedly hip contemporary novel and I especially don't like conspiracy novels with nothing world-shattering at their core.  Zero History is all these things.  AND I LOVED IT.

Why?  Well, it turns out William Gibson is a genius.  He writes like a dream and his embellishments to 21st century reality are casually dropped into the narrative rather than the other way round, which is so often the case with less skilled visioneers. His realistic world is ever so slightly augmented.  Secondly, this is not some po-faced conspiracy about the bleeding obvious (yes, Dan Brown, I mean you, not that you need to care).  This is satire.  Gibson is filleting the sort of worthless wonk for whom insider knowledge is all that matters.  I won't reveal what the maguffin actually is but be assured, it is scarcely possible to conceive of anything less important to human life, yet Gibson's characters are prepared to risk life and limb to control it.  And then, when they can't, they just move on to the next fad.

In one way, the characters are cyphers, as then tend to be in the sci fi genre.  Mercifully, though, Gibson gives them just enough personality to hold our attention without slowing down the narrative.  One key character, whose name says it all, doesn't even appear.

I am now, officially, a Gibson fan.  Zero History is one of those books that, once started, I would have been happy to read for weeks or even months.  Of it's type, inarguably a masterwork.
Posted by rogerwood at 12:34