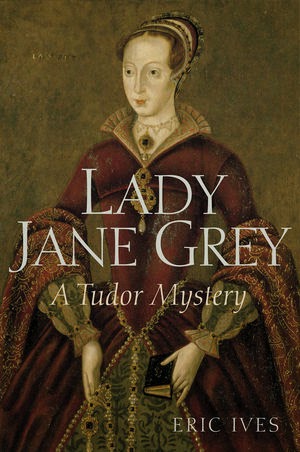 Eric Ives, being a highly respectable historian, offers something different amid the forest of books on England's first queen.  Instead of the usual recycled guff, he goes back to basics - to contemporary sources and indisputable facts - and reassesses everything.  Some of his conclusions may be arguable but you can't question the rigour with which he got there.

Why it's called a mystery I cannot fathom.  If anything was done in the full light of day, so far as the record is concerned, it was the Nine Day Rule.  Other than that, a superb addition to the canon which deserves to be top of the list for anyone fascinated by the Mid Tudor Crisis.

I was sorry to learn that Professor Ives died last September.  He wrote the classic study of Anne Boleyn (which I already have on my to-read pile) and brought a welcome scepticism to popular Tudor history.
Posted by rogerwood at 12:52