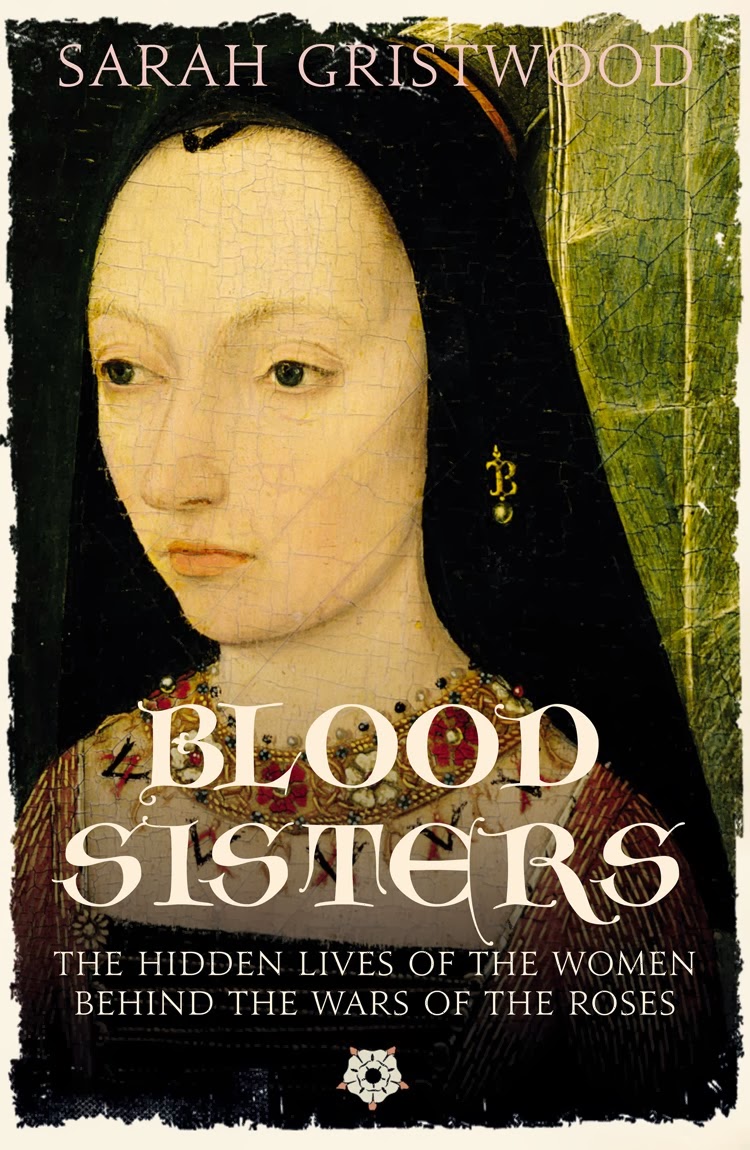 This is something of an odds-and-sods adjunct to the Tudor women genre revived recently by Philippa Gregory and Gristwood herself.  It purports to show that women were powerful players in the Wars of the Roses (or Cousins War, as Gristwood prefers) but ends up, by and large, proving that they weren't.

Elizabeth Woodville was certainly the epicentre of a powerful clique, mostly her relations, but was either a nonentity or a completely heartless bitch.  Because Gristwood wants to play the feminist card, she opts for the nonentity option.  Margaret Beaufort, on the other hand, was certainly a woman of brains and ambition - but had to exercise her talents through the single son she gave birth to at the age of thirteen or younger, the future Henry VII.  Elizabeth of York looked like a plumper version of her mother and was certainly a nonentity.  Margaret of Burgundy was the dowager duchess of a small but wealthy and influential duchy.  She brought up people of significance, like Philip the Fair, but threw her backing behind anyone who could pass as one of the murdered Princes in the Tower.  She was, therefore, a rotten judge of character.  Cecily Neville, Duchess of York, suffered more bereavement than anyone should and outlived more or less everybody involved in the Cousins War, but she let her reputation be trampled in the mud at the whim of her ruthless sons.  Margaret of Anjou, queen of the hopeless Henry VI, was another who had a rotten time and lost everything when she lost her son, the Prince of Wales.  The poor old Neville sisters, wives of dukes, princes and kings, seem to have existed only to give birth and die.  They were absolutely pawns in the games of sleazy men and completely undermine Gristwood's argument.  One woman who does seem to have had skills as a courtier and who is only mentioned in passing here - Katherine Gordon, wife of the pretender Warbeck, who seems to have flourished after his execution - is the one I would like to learn more about.

Sarah Gristwood is a cracking writer and this book is a pleasure to read.  Whilst I criticise her thesis, I have only two criticisms of her technique.  Firstly, she really overdoes the Fortune's Wheel device.  Secondly, after properly branding as unreliable the writings of Tudor propagandists like More, who weren't there and didn't know the people concerned, why then rely so heavily on Shakespeare, who didn't even know Thomas More?  There is no conspiracy behind the fact that Shakespeare overlooks Margaret Beaufort - he just didn't have an actor who fancied playing a midget in drag.  I really appreciated the extensive notes where she makes many of her more scholarly arguments.
Posted by rogerwood at 15:54