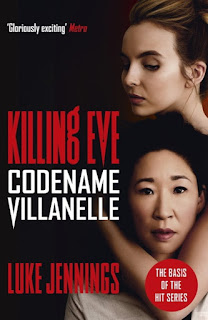 Everyone knows Killing Eve. Everyone watched the first series, considerably fewer went the distance with the second. Luke Jennings is the creator and wrote the original ebooks. Codename Villanelle is the collection of the first four (the titular first, 'Hollowpoint,' 'Shanghai,' and 'Odessa'. The good news is there are two more collections to get my greedy mitts on. The even better news is that the originals are just as good as the first TV series. Phoebe Waller-Bridge dispensed with some of the story and added other elements, but overall the punchy structure, the offbeat dark humour, the wit and the downright beauty were all kept. The lack of wit is where the second series probably went wrong.

The problem Waller-Bridge had was that Sandra Oh cost big money but she doesn't feature in the first installment, 'Codename Villanelle.' So she had to be inserted from the start. 'Killing Eve' may well become Villanelle's obsession in the successor volumes, but it isn't the plot driver here, which makes the title slightly odd. These are minor quibbles, though. I loved every minute of reading this. Luke Jennings is a master of the shorter form. Every word counts. He lingers on evocative detail, like the shoes Villanelle is wearing when she kills. He also creates wonderful images - there is a magnificent phrase about a snow-filled umber sky over grey trees - but he knows his main job is to get on with the action. 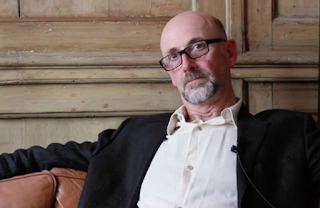 This is where comments about Villanelle being a 'female James Bond' suddenly become apposite. Fleming was a rotten writer who made up for his lack of talent with knowledge of cars and guns and exotic locations. Jennings, who I stress again is a brilliant writer, does cars and guns and exotic - but he also adds opera and Paris fashion shows and perfumes. To put it bluntly, the man's a genius. For me, 'Shanghai' is a mini masterpiece.