Cold Hand in Mine - Robert Aickman 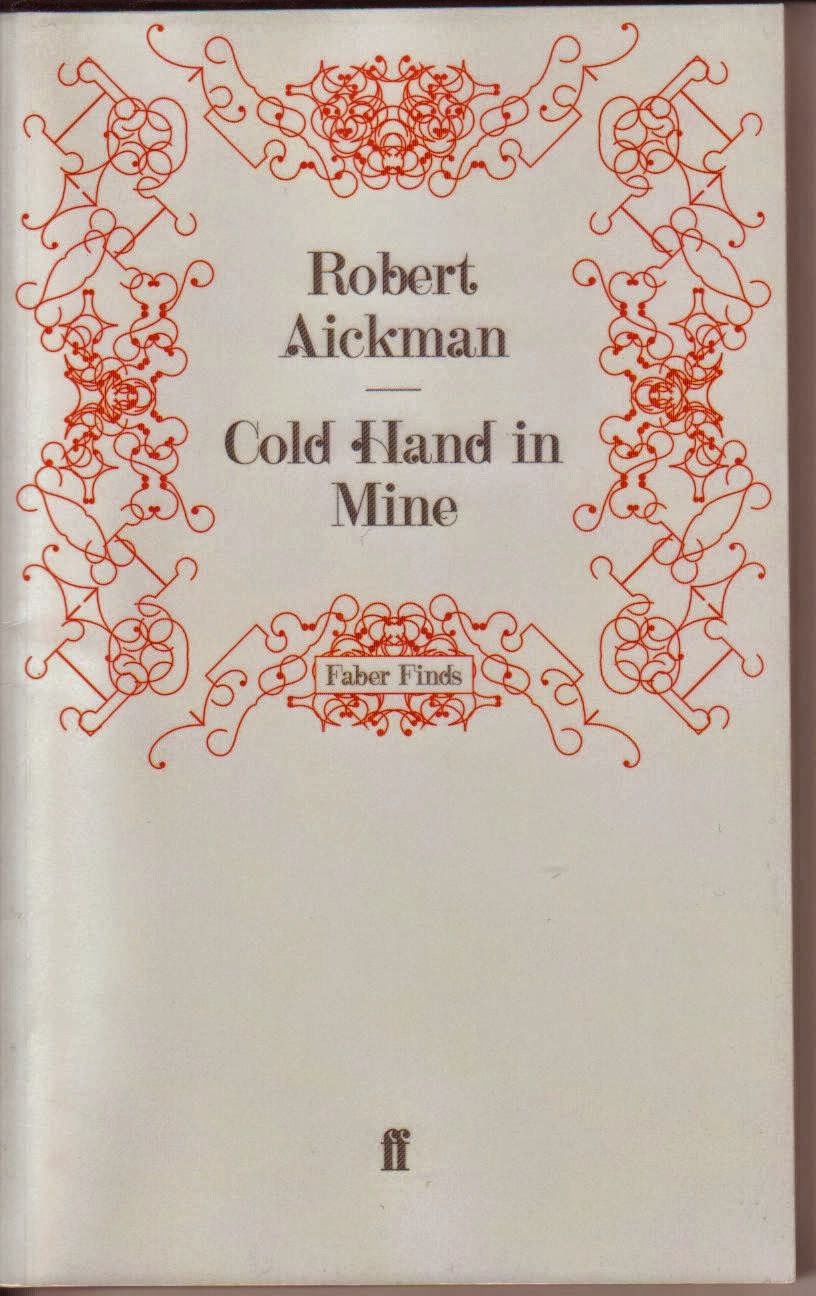 The second of my Aickman Faber Finds but I suspect originally published before Wine Dark Sea.  Again, we have eight short stories.  The settings are as varied as ever, with many of the same tropes.  Again, the tales work best when they are truly strange.  I absolutely love it when something extremely strange happens - and that's it: no explanation, no consequences.

Take for example the opening story, 'The Swords'.  A young travelling salesman has his first sexual experience with a woman off the fair, a woman who can be pierced with swords without lasting injury or apparent pain.  The fact that the setting is somewhere in the West Midlands at the height of its grime and squalor only enhances the overall seediness.  Then something happens - I won't say what, save that it's strange, and disturbing and ever so slightly revolting.  Our hero pays off her pimp - somewhere else in the lodging house someone screams - and that's it.  Brilliant.

Something similar happens in 'The Hospice'.  Another commercial traveller, this time seemingly in the 1960s, runs out of petrol and spends the night at the titular establishment.  The meals are absolutely enormous.  They offer him a bed.  He has to share - everyone shares at the Hospice, by choice apparently.  In the night his room mate disappears and locks our protagonist in.  He returns later.  In the morning they carry out a body,  We don't know whose.  And they generously offer our hero a lift to the nearest petrol station ... in the hearse.

These and 'The Same Dog' were my favourites.  'Meeting Mr Millar' was enjoyable, and 'Neimandswasser' reminded me of D H Lawrence's 'The Prussian Officer'.  Some stories are better than others but there are no duds.  I'm really enjoying the range Aickman manages to achieve within quite a limited genre, and the depth of characterisation.  These are what make him a master.
Posted by rogerwood at 12:51