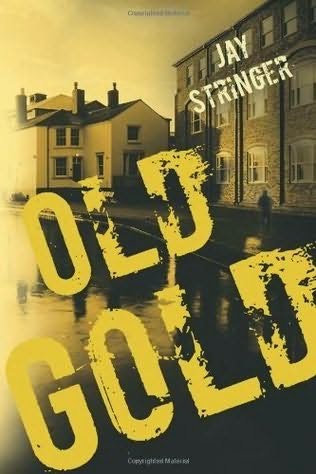 I hit upon this ebook via Amazon's 99p deal of the day, a great way to find new writers you might want to follow across all formats in the future.

I was amazed to realise Old Gold is Stringer's first novel, such is the level of accomplishment and the amount of background his characters come with.  To start with, it has an interesting new twist on modern noir - because it's set in Stringer's native Black Country, the West Midlands, specifically Wolverhampton (check out those mean streets, Mr Chandler!).  Our hero, Eoin Miller, also comes with a twist I've never come across before, in that he's half gypsy.  Other than that he's not untypical of modern noir protagonists - he's an ex-cop, separated from his wife, a heavy drinker, who does investigative work for the local drug barons.

The story is layered, complex and, ultimately, irrelevant - because in proper noir the crime is merely the device which drives our characters forward.  Noir is all about character.  Miller intrigues, he beguiles.  He gets beaten up more than once and nearly killed.  The subsidiary characters are well-drawn and fully three-dimensional, even the ones who will never return.  So many writers, new and established, don't bother with that these days yet it makes all the difference between formulaic pap and genre literature.

I loved this book.  I definitely want more.